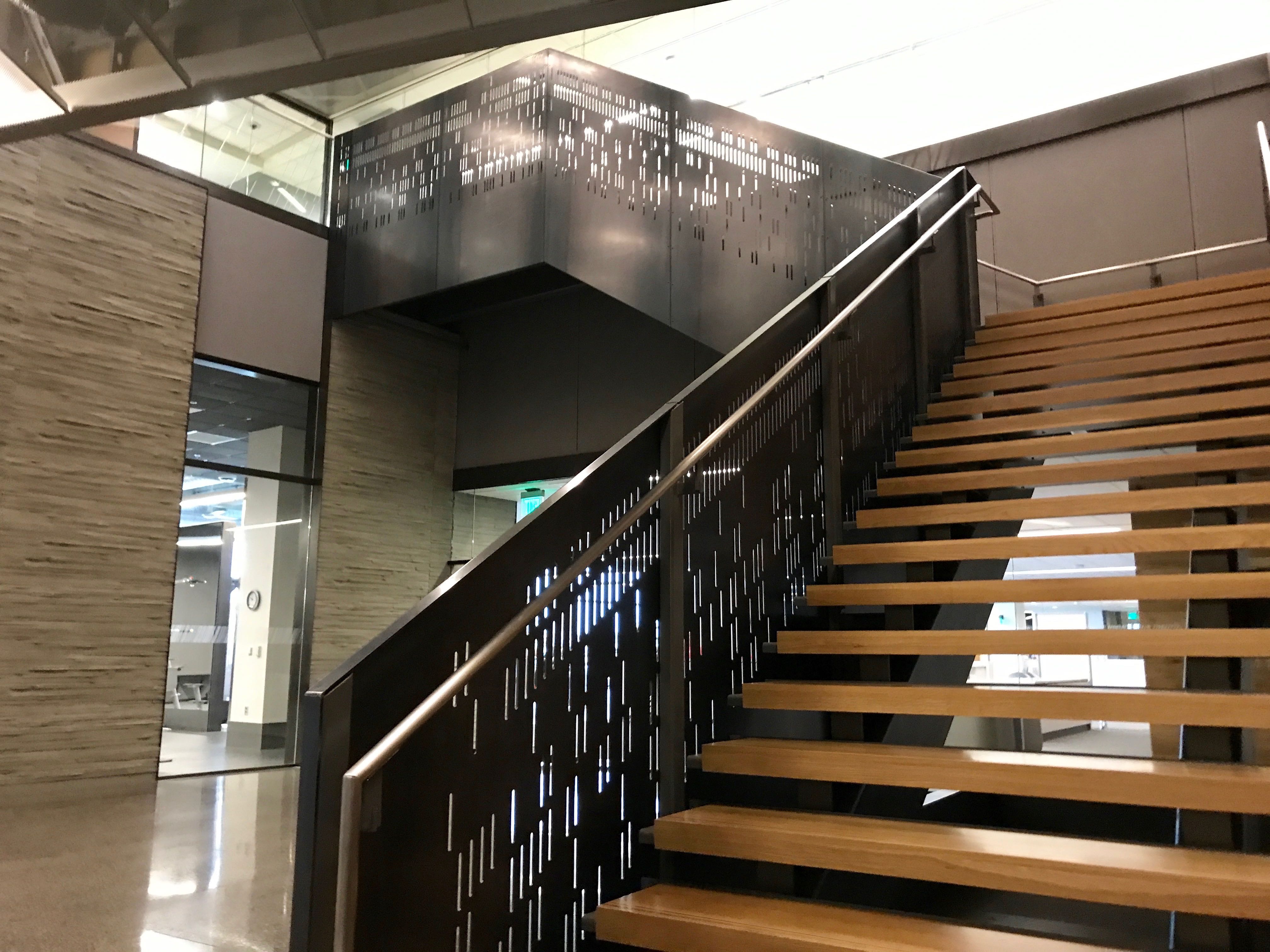 Brought in to be a part of the design team to assist in developing the details for the various feature stair elements at Cerner’s new Innovations Campus, SSM welcomed the opportunity to team up with GouldEvans  and JE Dunn once again.  Having worked with their offices on several occasions, we knew that this was going to be another fun project to work on! 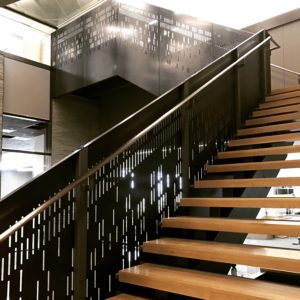 SSM was tasked with developing a rail and panel system that would support over 300 pounds. Additionally, we perforated the panels with a binary code that contains quotes from the founders into the steel plates.  Utilizing our high speed, fiber optic laser, SSM can cut any image or pattern into steel plate up to one inch thick.

The various stair cases are located in different areas of the buildings that make up Phase 1 of the project and construction was already underway when we came on board.  SSM started with the Architect’s model and built out from there using data from our 3D survey equipment.  This allowed us to assess the exact field locations of various structural components in relationship to our computer models – making adjustments as needed.

When our models were merged with the on site scans, collisions – or areas of conflict – were identified and modifications were made to our components in the virtual model before we went into fabrication. 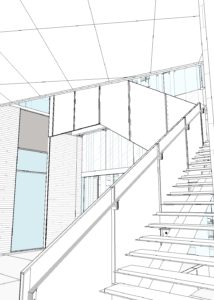 Fabricated from the same material, the Media Wall defines one end of the lobby while providing space for a large video display.  Our metal panels provide a surface to record the nearly 350 patents the company holds.  SSM produced several panel mock ups to determine which method resulted in the best graphic representation of the patent that the Owner and Design team was after. 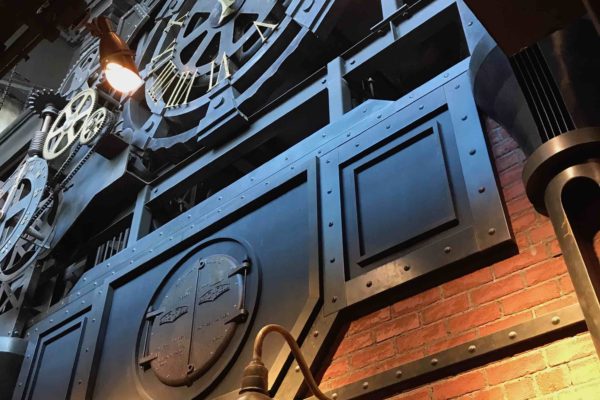 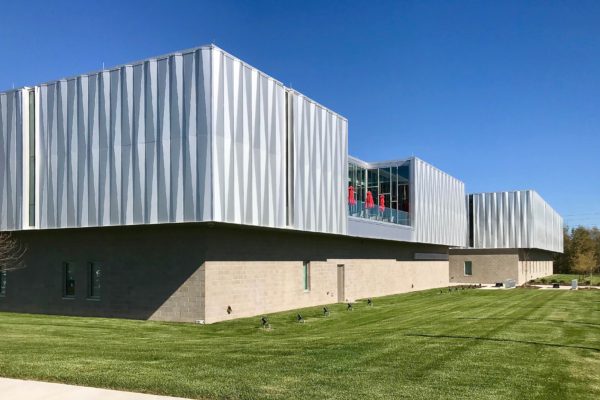 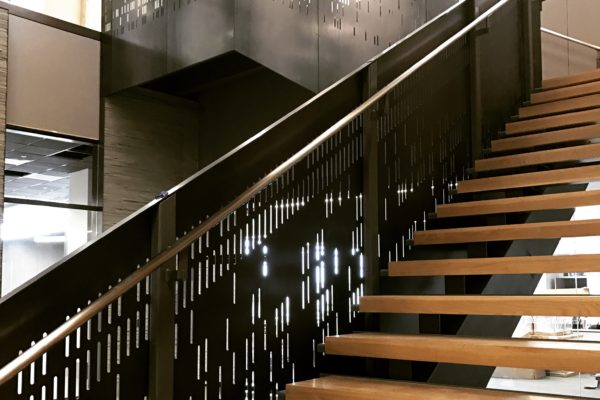 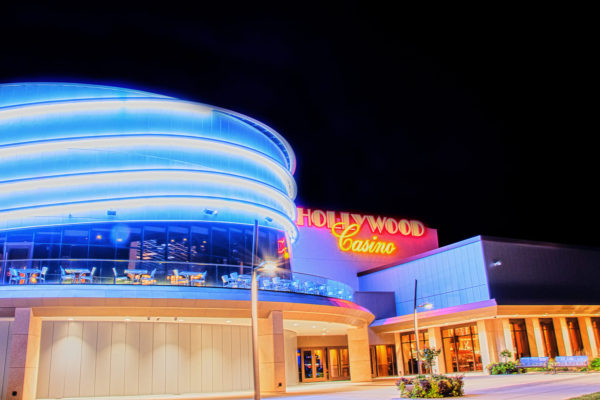